Breathwork for the Treatment of Addiction & Alcoholism 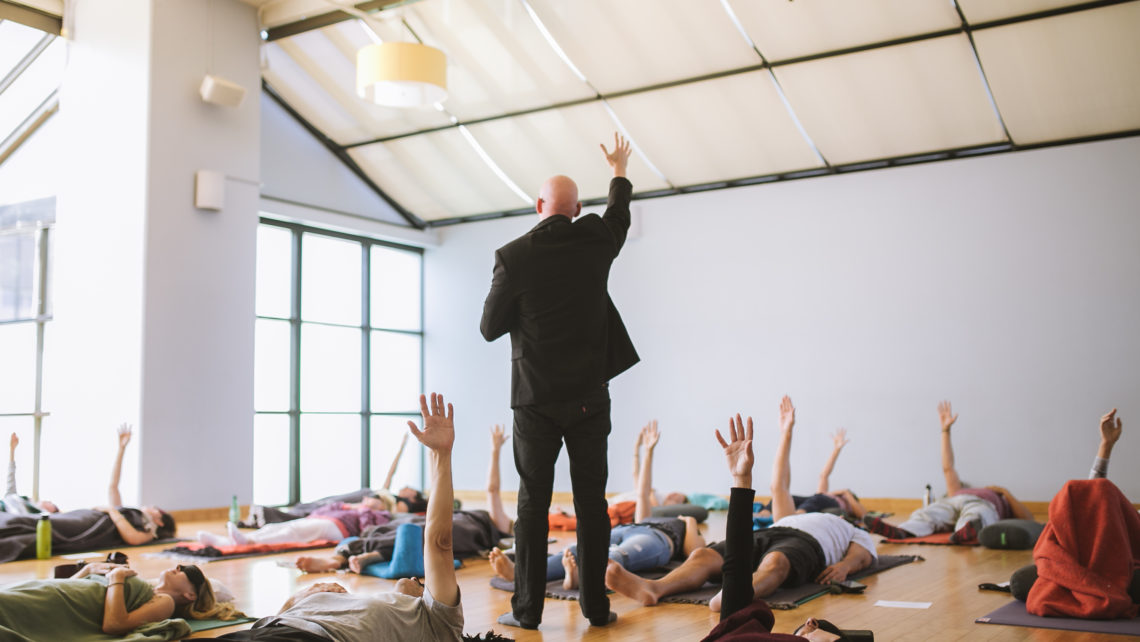 If you take away one thing from this article, it’s that Breathwork is the single best tool I’ve ever found in treatment for Addiction and Alcoholism besides the 12 Steps. Like I always say, don’t take my word for it, find out for yourself. You’ll know after one class or session just how profound it is. In fact, that’s one of the reasons why it works so well for addicts (for the sake of ease, I’m going to use the term “addict” instead of both addict and alcoholic throughout the article).

As addicts, we want to feel good and we want good instantly, but in recovery, it usually takes a long time before we notice the results.

But not with Breathwork.

With Breathwork, you will feel a difference the very first time you try it. The results are undeniable. One thing I joke about in my classes is that I can always tell which people are the addicts, because once we start the active breathing portion, they are the ones who try to suck all the air out of the room.

It’s a joke, but not really. Breathwork will make you feel like you’re in an altered state. Once addicts feel that they want more, they start breathing harder and faster, which makes it pretty easy to spot.

The biggest difference is that Breathwork doesn’t ruin your life. On the contrary, it makes it better in so many ways. The biggest benefit that most people struggle with is the lie that they are not good enough. I believe practically everyone (with a few exceptions) suffers from this. And addicts suffer from this far worse than most people.

One of the most amazing things that Breathwork does, is it clears out this untruth that we suffer from, and replaces it with the feeling of wholeness, unlike anything I’ve ever experienced in all my years on this planet.

I like to say in class that if there was a drug that could take my anger, resentment, grief, and fears, wiped it clean and replaced it with love and gratitude for my life, I would have taken as much as I could get my hands on. Breathwork does just that. Those feelings will return eventually … but how soon depends on where you’re at in recovery and your life. Fortunately, you can do Breathwork again and again, as many times as you need, to clear it out.

Breathwork can clear away years of trauma in anywhere from one to a few sessions.

Like the addict that I am, when I first did Breathwork, it had such a profound effect that I did it every day for an entire year. It transformed me on the inside and eventually on the outside too. My wife said, “Keep doing whatever you’re doing, because you are becoming an amazing person.”

I was truly happy and content for the first time in my life, and I didn’t feel like I needed more. Or to be more. Breathwork didn’t stop me from pursuing my goals and dreams. It did, however, give me a real way to keep from backsliding, and helped me start my day over anytime I needed to.

I used to get annoyed whenever I heard people say, “Just start your day over!” I would think that’s great advice, but how the hell do I actually do it?

Now I can. If something shitty happens, as soon as I can get away, I lie down and breathe. I don’t know of anything else out there that’s like it. I can be full of anger or any other unwanted, negative emotion, but when I lie down and breathe, from ten to thirty minutes, I come out of it in a state of gratitude and love.

I never in a million years thought I would teach this weird breathing technique. I only started doing the teacher training because I had been doing Breathwork daily for a year and I wanted to understand it better. But during the trainings, more than once I thought, “How did I end up in this weird hippie hell? Did that person seriously just say they are an alien?”

Again though, the results were undeniable, so I pressed on and learned all that I could.

One day, a men’s recovery retreat asked me to take 25 men through a Breathwork session. In hindsight, it was the most challenging class I’ve ever done. All my friends heckled me, but once they did it, the results were undeniable and the feedback was amazing.

Then, someone asked me to teach Breathwork at their workout studio. Though I was reluctant, I did it, and again the feedback was phenomenal. Close friends came and told me that it was one of the most moving experiences of their lives and it was the best me they’d ever seen.

There was also this feeling I got from doing it, as if I was elevated to another level while I taught. To this day, I still get that feeling. I love it when someone comes to me, totally cynical and doubtful about this weird breathing thing that someone has dragged them to. Those individuals are usually the ones who are going to have the biggest shift, because they need it the most.

You don’t have to believe it’s going to work for you, you just need to show up and do it once to find out.

The other thing I really love is when I see people come on a consistent basis, giving me a front-row seat to their transformation. It’s not me, I’m just the guide, you and the breath are the ones that do all the work. I’m just grateful I get to play a small part.

Sign up here to get $10 OFF your first live class online and take advantage of discounts, promotions, and to find out about upcoming trainings, retreats, and events.