Jon Paul in The Hollywood Reporter 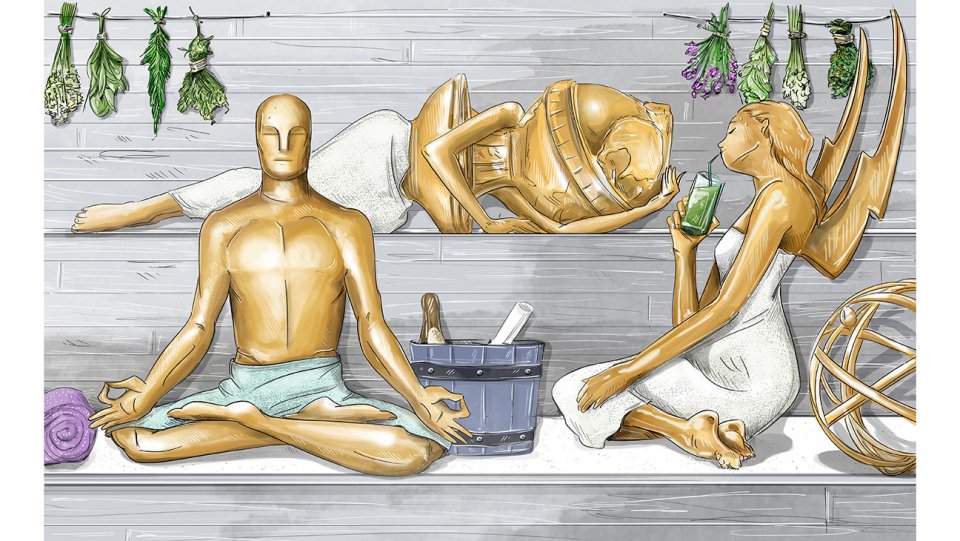 Remember you’re there because of your work, and the rest is just the fun bit,” says Cate Blanchett about awards-season insanity, adding, “I don’t take it too seriously.” When you’re as decorated as she is (seven Oscar noms, two wins), that might be doable. But for many contenders — plus studio execs, awards strategists, agents and producers — the whirlwind of junkets, ceremonies and parties brings skyrocketing anxiety and exhaustion.

And everyone has his or her own way of coping. Felicity Jones, who hit the circuit in a major way for 2014’s The Theory of Everything, battles stress by running and swimming, but admits that as a Brit, she likes “bad teeth and messy hair,” meaning less pressure for red-carpet perfection.

Meanwhile, some don’t cope at all. “I don’t think about it until it’s here,” says five-time Oscar nominee Amy Adams. “I’m kind of one of those people, and then I kind of regret that I didn’t think about it.” For those who do want to manage the mania, or just steal some tips from the pros, staff asked awards-season vets for their best (healthy) survival secrets. Newbies at least can take one easy tip from Jones: “Make a few friends along the way — you’ll see them at each awards ceremony. Share in it, because that’s what makes it fun.”

How Hollywood Catches Some Zzzs During Awards-Season Insanity